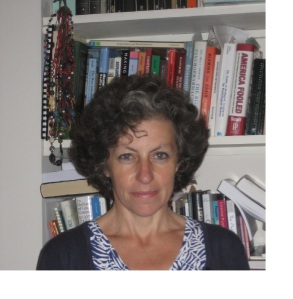 I am a practising psychiatrist and a part-time academic and author. I have an interest in the history, philosophy and politics of psychiatry, and particularly in the use, misuse and misrepresentation of psychiatric drugs.

I became interested in drug treatment because of the way it dominates our current approach to managing the suffering and disturbance we call mental disorders. I realised that embedded in our understanding of what drugs like ‘antipsychotics’ and ‘antidepressants’ do was an assumption that had not been examined. This assumption is the idea that the drugs ‘work’ by reversing a hypothetical abnormality or ‘chemical imbalance,’ an idea I have called the ‘disease-centred’ model of drug action https://joannamoncrieff.com/2013/11/21/models-of-drug-action/.

I formulated an alternative model, which I call the ‘drug-centred’ model to highlight the nature of the drugs themselves, how they change the body and the brain, and how they modify feelings and behaviour https://joannamoncrieff.com/2013/11/21/models-of-drug-action/. Together with colleagues from around the world, my work has attempted to highlight the confusions and misconceptions that stem from the disease-centred model, to clarify what sort of mental and behavioural alterations different psychiatric drugs produce, and how these alterations might interact with the difficulties associated with mental disorders.

Psychiatry is a profoundly political enterprise. The way we understand the problems we now refer to as ‘mental disorders’ is strongly influenced by social and political requirements to neutralise distress and manage disturbing behaviour. The ‘myth of mental illness’ endures because it is useful. How emotional and behavioural problems might otherwise be conceptualised is a further interest I hope to develop. I am also interested in the politics of healthcare more generally.

I studied medicine at the University of Newcastle upon Tyne, qualifying in 1989. I trained in psychiatry in London and the south east during the 1990s. During my undergraduate years I did research on parents’ fears about substance misuse, and during the course of my psychiatry training I worked on a trial investigating the use of the drug naltrexone in people with alcohol problems. I also investigated the prevalence of previous sexual abuse among people attending alcohol treatment services.

I took up my current post in 2001. For 10 years I was a consultant for a psychiatric rehabilitation inpatient unit, helping people with severe and long-lasting mental health problems. For the last 3 years I have been based in various community mental health services in North East London. I teach and do research at University College London.