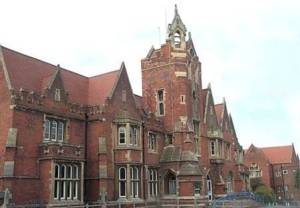 In England up until the 19th century, managing the problems posed by those who lost their minds was primarily the responsibility of the family, backed up by the social welfare system known as the Poor Laws.

Caring for the mentally disturbed was not so different from caring for the physically sick. Both groups needed feeding, clothing and housing. If the family was reasonably wealthy, the needs of one individual could be borne by the rest of the family unit. Alternatively, the family could make private arrangements for care, such as paying another relative or a neighbour to take the afflicted individual into his or her home. By the 18th century private ‘madhouses’ had emerged to cater to families looking for someone to care for a mentally disturbed relative. These madhouses took in ‘boarders’, as they were referred to, at the expense of the boarder’s family. The owners might employ ‘keepers’ to guard the residents, and in the 18th century a set of public scandals revealed the unscrupulous nature of this ‘trade in lunacy’ (1).

If the family was poor, however, it was thrown onto the assistance of local rate payers, especially if the sufferer happened to be the family breadwinner. The Poor Laws that were enacted from the 16th century onwards made local parishes responsible for the care of the poor, and mandated that all areas should collect a tax to provide for those unable to provide for themselves. The system replaced the medieval system of charitable care provided by religious institutions such as monasteries.

The records of the Poor Law have provided a rich insight into how people were cared for before the specialist institution of the insane asylum arose. They indicate a variety of arrangements for the care and containment of the mentally deranged, which formed part of a coherent attempt by local communities to provide for their dependent members, balancing ‘welfare and social order priorities’ with an eye to the expense placed on the rate payers (2) (pp 50).

When an individual fell sick or went mad the family could apply to the local parish authorities who administered ‘poor relief’. The parish officials could grant the family financial assistance, or help in kind in terms of food and clothing. They could also pay other members of the local community to provide care for the individual concerned. By the 18th century, in the larger parishes at least, there was a ‘small army of people (both men and women) employed to “watch” the sick, including the mentally deranged’ (2)(pp 43). The parish officials, along with the next tier of government, the county magistrates, were also responsible for ensuring the peace and safety of their jurisdiction. If the sufferer was considered to be dangerous, and if officials were not satisfied that he or she could be safely cared for at home, they could make alternative arrangements. Initially these might consist of temporary confinement by neighbours or local officials, but where this was felt to be inadequate, the individual could be incarcerated in the nearest prison or ‘House of Correction’ (3). This was also the fate of some of the vagrants and beggars that increasingly populated 17th and 18th century England.

The cost of maintaining an individual in an institution like the House of Correction, or later the ‘workhouse,’ had to be met by local parishioners, unless the family could be made to pay. There was an incentive, therefore, to have such individuals released and returned to the local community as quickly as possible.

Then, as now, rate payers complained that officials were being too generous with their money, and that many of the poor did not deserve the payments they were awarded. This attitude became more strident with the increasing demands on welfare caused by the displacement and impoverishment that ensued from the agricultural and industrial revolutions. The Elizabethan Poor Law had distinguished between the able bodied and non able-bodied poor, with the instruction that the able bodied should be provided with work. By the early 19th century, with the country in the grip of the post Napoleonic war recession, there was near hysteria about the burden of the ‘undeserving poor’. The Poor Law Amendment Act of 1834 was designed to deter the lazy and work-shy from claiming off the local rate payers.

However draconian the law became, however, what confronted local officials was neediness and suffering. The large numbers of able-bodied poor who were to be thrashed back into work never materialised, and the Workhouses filled up largely with the old and frail, the sick and the mad (4).

The demands of the emerging capitalist system exacerbated natural problems like sickness. People had to be fit enough to work long and arduous shifts in order to produce surplus value. There were few productive roles for the semi-fit, as there were in smaller, agricultural communities. Moreover, with all able bodied family members working, fewer people were left at home to provide care for those who needed it.

Hence the Victorian era saw the emergence and consolidation of large-scale social provision for those who were unable to maintain themselves. The system included the Workhouse, the poor law infirmaries, often attached to the workhouse, and the asylum. The 1834 Poor Law required all regions to build a local Workhouse, and prohibited the payment of ‘outdoor relief’ to those who were capable of being put to work. The new Workhouses were intended as places where the poor would be set to hard labour, and provided with such Spartan conditions as to deter anyone but the truly desperate (5).

The work of philosopher Michel Foucault and historian Andrew Scull has outlined how the modern mental health system, initially embodied in the asylum, arose out of the need to sequestrate the mad from the workhouse environment (or from the earlier but similar institution of the Hôpital Général in France) (6;7). Indeed, the 1834 Poor Law specifically endorsed the separation of the insane on the grounds that they should receive treatment in a specialist environment. The early 19th century was a period of therapeutic optimism, and asylum keepers touted the appealing idea that their treatment could cure insanity, thus reducing the burden of providing long-term maintenance for the chronically dependent. More importantly, maybe, people who were mentally disturbed were difficult to contain in the workhouse, and disruptive to the workhouse regime (8). The mad had to be removed from the workhouse in case they affected the endeavour to motivate and discipline the undeserving poor; those who needed to be impressed with the necessity of work.

The asylum was more expensive than the workhouse, and an asylum with a humanitarian regime that eschewed the use of physical restraints was more expensive still (8). Consequently many of the mentally disordered continued to languish in the workhouse, especially if they were quiet and undemanding. Despite the image that the old asylums were places that no one left alive, there was a financial incentive to release people whenever possible. Historical research over the last couple of decades has shown that up to 60% of people admitted to asylums were discharged within a year. By the end of the 19th century, two thirds of patients stayed less than two years (9;10).

Thus the Victorian asylums, which constituted the first recognisable system specifically designed to cater for the mentally disturbed, arose from, and were part of, publically funded social arrangements to provide welfare and maintain social order. The asylums simultaneously provided sanctuary for the temporarily deranged, containment for the aggressively mad, and care for those deemed incurably insane who were not housed elsewhere.

The complex web of provision that consisted of the family, the local community, poor relief and places of confinement was replaced in the 19th century by specialist care provided within the asylum system, overseen from the mid-century by the medical profession. With the recent demise of the large-scale asylum, its functions have been replaced by a network of institutions and services providing a mixture of financial assistance, care and control. Although the expense is now largely met by the State or the health insurance industry, rather than directly by the family of the sufferer, the introduction of competitive tendering and the increasing role of the private sector have recreated a ‘trade in lunacy.’

Since the 19th century, mental health services have been claiming to provide something more than care and containment, however. As madness started to be conceptualised as a medical condition, its management has been portrayed as a therapeutic endeavour, one that aims to cure or rectify the underlying problem. The specialists who touted for the business in the 19th century claimed to be able to effect cures through ‘moral’ treatment. In the 20th century attention turned to various physical procedures, such as insulin coma therapy and ECT, followed by the drug treatments we are familiar with today. Although modern treatments can effectively subdue some of the more extreme manifestations of madness, there is little evidence that any of the numerous interventions administered to the mentally disordered over the years influence the natural course of the condition. What they have done, however, is obscure the underlying functions that mental health services undoubtedly still serve. And if we wish to think about how to address the problems posed by mental disturbance in the most rational, economical and humanitarian way, we need to keep those functions at the front of our minds.

(1) Parry-Jones WLI. The Trade in Lunacy: a study of private madhouses in England in the eighteenth and nineteenth centuries. London: Routledge and Kegan Paul; 1972.
(2) Rushton P. Lunatcis and Idiots: mental disability, the community, and the Poor Law in North East England, 1600-1800. Medical History 1988;32:34-50.
(3) The House of Correction was a place of confinement and enforced labour most often used for those who had committed petty offences that threatened the social order. http://www.londonlives.org/static/HousesOfCorrection.jsp
(4) http://www.english-heritage.org.uk/discover/people-and-places/disability-history/1832-1914/the-changing-face-of-the-workhouse/
(5) For information on workhouses and the Victorian Poor Law see http://www.workhouses.org.uk/poorlaws/1834intro.shtml
(6) Foucault M. Madness and Civilisation. London: Tavistock; 1965.
(7) Scull A. The Most Solitary of Afflictions. New Haven: Yale University Press; 1993.
(8) Forsythe B, Melling J, Adair R. The new Poor Law and the county pauper lunatic asylum- the Devon experience. Social History of Medicine 1996;9:335-55.
(9) Ellis R. The asylum, the Poor Law, and a reassessment of the four-shilling grant: admissions to the county asylums of Yorkshire in the nineteenth century. Soc Hist Med 2006 Apr;19(1):55-71.
(10) Wright D. Getting out of the asylum: understanding the confinement of the insane in the nineteenth century. Soc Hist Med 1997 Apr;10(1):137-55.

11 thoughts on “The origins of mental health services”