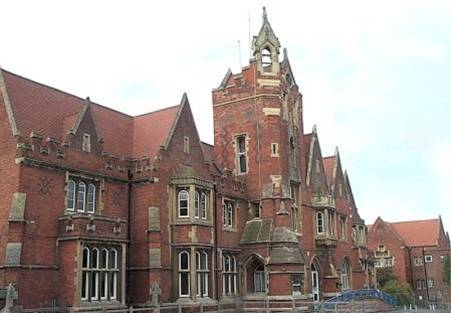 The ‘problems of living’ that Szasz identifies as being referred to as ‘mental illness’ are, in his view, the inevitable consequence of the ‘moral conflict in human relations’ (1970, p 24) (1). For Szasz, therefore, mental disorders are patterns of conduct or behaviour that are not just baffling or eccentric, but are identified as problematic by the group or society in which they are embedded. So one way to understand ‘mental disorder’ is to ask what sort of social problems are referred to in this way. In other words what social functions do services for people with mental disorders fulfil?

Here are some further examples (in addition to the one described in the previous blog in this series) of the sort of situations that occur frequently in mental health services:

A young man becomes increasingly obsessed with religion. He can’t concentrate on his studies and has to drop out of college. He starts screaming and shouting about God in and outside his house, and at one point he pins his terrified mother to the floor, shouting at her to confess her sins. He then drags his sister out of the house still shouting and the police arrive and apprehend him (2).

A professional woman with three young children starts to become increasingly preoccupied with writing poetry, to the extent that she loses interest in her children and in the ‘practical details of living’. She starts to express the idea that there has been a world catastrophe that she is responsible for, and she describes feeling afraid but also having s sense of importance. She talks to an imaginary companion, but has no desire to communicate with real people. She is admitted to hospital in a ‘rigid catatonic condition’ (3).

A man starts to believe there are evil spirits in his house and that he needs to decontaminate it. He starts lighting little fires in the house, and then lights a large fire in the garden, which burns down whole garden and might have spread to the house or neighbouring properties had the neighbours not called the fire service in time.

Following retirement and the death of his wife, a man becomes depressed and stops looking after himself. Gradually he does less and less until he is found by his children in a state of advanced self-neglect. He is admitted to hospital and then a care home, where he is reliant on full time care for several years.

In the last blog in this series, I suggested that some forms of mental disorder involve a loss or alteration of normal reasoning processes. Although this is distinguishable from the consequences of brain disease (not simply a depletion of abilities, as described in another previous blog), the cases described above illustrate how the social consequences can be similar. Like some cases of brain disease, the behaviour we refer to as mental disorder can render the individual unable to look after themselves, or liable to behave in ways that others find disturbing.

As I have described in another earlier blog, we can learn much from looking at history. In particular we see that these sort of problems have beset society for centuries, and we can perhaps also learn something from the ways in which former communities dealt with them.

One of the first formal systems for looking after people who were unable to get by was the English Poor Law, which was first passed under the Tudors. This consisted of a bureaucratic system centring on the local church or Parish. Parish officials administered the Poor Law, collecting taxes (rates) and distributing the proceeds to local people who needed assistance. Recipients included families of people who were unable to earn a living or fulfil other familial duties due to physical illness, frailty or a mental disorder. The officials were also charged with maintaining social order. If an individual was felt to pose a danger to the community, and the family could not guarantee the community’s safety, the Poor Law officers could, for example, arrange for a neighbour to keep the individual securely locked up until such time as they had recovered (4).

There was also a county-level system charged with keeping order administered by locally appointed Justices of the Peace – later called magistrates. Justices of the Peace could, in extreme cases, forcibly remove someone to a local prison or prison like facility (e.g. a House of Correction). The local rate payers had to pay for this, so it was generally used as a last resort, and people were brought back when they could be.

These systems involved contentious decisions about the rights and entitlements of individuals, balanced against other individuals. They were accepted while communities were still small, and people knew their neighbours, but started to break down with industrialisation and urbanisation in the 19th century. These developments created rising numbers of dispossessed migrants, who lacked a family network to support them, and as the financial burden of caring for the poor increased, rate payers became increasingly disgruntled, convinced they were being swindled by hordes of idlers.

The idea of mental disorder as a disease starts to take hold in the context of changing attitudes towards poverty. In place of the traditional view of poverty as the inevitable consequence of a hostile and uncontrollable nature (drought, famine etc), the emergence of capitalism recasts it as a failing of the individual. French philosopher, Michel Foucault, echoing Marx and Weber’s analyses, traces how attitudes to madness were transformed in response to the emergence of Protestantism, and the beginnings of capitalism. As industrial production starts to emerge, hard work and discipline become the cardinal social virtues. Any condition that threatens to contaminate the work ethic must be corrected (5). Thus the English Workhouse was designed to deter people from seeking state assistance, and once they had, to ensure they were inculcated with the values of hard work and discipline, which they were assumed to have lacked. The Victorian asylums were an integral part of the Workhouse system, designed to care for poor people who could not tolerate the harsh conditions of the Workhouse, or whose behaviour was disruptive to Workhouse routines (6).

In this context, madness, previously viewed as an interesting, if inconvenient, manifestation of humanity, comes to seen as a social problem in need to correction. A ‘cult of curability’ emerges (7), with the new asylum system hailed as the solution that would teach the mad the error of their ways (8). 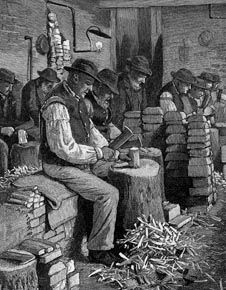 Like Szasz, Foucault suggests that medical explanations for madness and the medical approach to treatment are grafted onto an older system of social organisation and control. Once medicalisation takes hold, it obscures the underlying functions, but the system remains, in essence, a moral and political enterprise (5).

Then, as now, the aims of this system are to change or manage behaviour that is inconvenient or socially disruptive. Sometimes the individual welcomes support to change, but often they do not, and there is conflict between the desires of the individual and the interests of the community. This is the core of what psychiatry is about – a system of control and care, inherited from the past, that attempts to balance the needs of individual and community. Psychiatry, and the medical framework it brought with it, legitimated this system at a time when it was being increasingly questioned. The medical framework has then expanded the remit of the service by pulling in other social problems and personal distress that can now be reconceptualised as medical conditions.

In my view, the evidence does not support the claim made by some that the medicalisation of the ‘mental health’ system was brought about by a conspiracy of doctors or psychiatrists (9). The aspiring alienists of the 19th century were not particularly influential, and would likely have had little success if their claims were not consonant with wider political attitudes and interests. Evidence from the early 20th century suggests psychiatrists were sceptical about government efforts to medicalise mental health laws (10). Medicalisation occurred because it was politically expedient, because it provided a simple solution to awkward political problems.

The question of how a modern, caring society should respond to the problems that are associated with madness or mental distress continues to present us with serious challenges. What should be done if someone is unable to sustain themselves? How do we judge if they are really unable, or just unwilling? Do we owe people a ‘duty of care’ even if they don’t want our help? How muddled do people have to be for it to be legitimate to make decisions on their behalf? How should behaviour that disturbs or threatens other people be addressed? Do we have a right as a society to try to prevent individuals from causing harm, even if they have not yet done anything that could easily be addressed by the criminal law (as some argue that societies have always tried to do (11)? How do we stop some of the individuals described above, for example, from causing injury or aggravation to their relatives or neighbours?

The criminal law is not adapted to address the behaviour of people who are severely disturbed. Most criminal offences require that the accused has a ‘mens rea’, meaning they can employ commonplace reasoning processes to form an understandable intention of committing a crime, or can recognise the likelihood that a crime will result from a particular act or omission of an act. Where reasoning processes are disturbed, and someone does not initiate actions following usual principles of logical thought (as described in the last blog of this series), they are not regarded as possessing the mental capacity required to take responsibility for their actions. The mental health system can be seen as filling the lacunae of the formal criminal law, but not necessarily in the fairest and most transparent manner.

Of course we also need to ask ourselves what it is about the structure and culture of modern society that may foster or contribute to the problems referred to as ‘mental disorder’. The solutions involve changing the nature of the society we live in, as well as trying to ameliorate the problems themselves. I have no doubt that a society with a more equitable distribution of wealth, with opportunities for everyone to engage in meaningful and valued activities, with structures that enable communities to be inclusive and supportive would reduce the trauma, abuse and isolation that nurture mental disorder and help people to build the confidence, self-esteem and mutually rewarding relationships that protect against it.

Nonetheless, I think any society, however Utopian, will have to deal with some of the sorts of problems that mental health services are presented with today. I do not have a blueprint for a fairer system, and I think the survival of the mental illness concept is testimony to how difficult the issues are, and how strongly societies and governments want to avoid having to confront them. But surely it is not beyond the capacity of the modern world to think of a better system? And having an open and inclusive discussion about alternative approaches is where we need to start!

(11)    Dershowitz A. The origins of preventive confinement in anglo-american law- Part 1: The English experience. University of Cincinnati Law Review 1974;43:1-60.

7 thoughts on “Philosophy Part 8: So what is ‘mental disorder’? Part 2 The social problem”